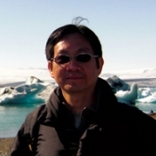 It was a few days after Christmas in 2001. I returned to Sifu’s school.

The training hall appeared to be pretty new to me, but the method of training there looked familiar: After the fellow brothers and sisters had arrived, the first thing they did was to practise Tiny Idea form-set several times, followed by Sticking Hands exercise. Some of them would go on to practise Detecting Hand-bridges form-set. Those being able to further practise Darting Fingers form-set were just a few, not to mention practising Wooden Dummy and the weapons. I could only recall my senior, Ma Kee Fai, had worked on all of them.

Nonetheless, such method of training had been changing. Sifu started to emphasise the operation of joints: relaxing muscles and at the same time opening up the shoulder joints, the elbow joints and the wrists. Sifu often helped us with his own hands to open up those joints, so that we could perform various hand-forms by joint rotating instead of muscle contraction. The saying “joints act at the same time but rotate separately” was the epigram for that period.

The method of training emphasising joint operation developed and carried on over approximately three years. Further changes were undergoing in 2006, when some learners of Chu-style Wing Chun (the students of Sifu’s student) from Australia came to live in Hong Kong for training with Sifu. Sifu demanded them to just work on one thing – putting up the proper stance, with the aim of relaxing all muscles; nothing else was done except occasional practice of Tiny Idea. Accordingly, the mood in the training hall was gradually changing from thriving to tranquil.

One night in late 2006, with a bit of surprise to everyone in the hall, Sifu instructed us to attempt to make the spine rise. Simply described, Sifu helped one of us at a time to activate the relatively still spine with his own hands, making it more capable of rising up, from the lower to the upper until the rising could barely reach the top of the head. From that end he further guided the student to use the rising already attained to cause the muscles in the shoulder areas to relax. The first one achieving some degree of the intended effect was Seb. I was there too, witnessing how it had happened. This incident was something unusual and great in the training hall, since Sifu said it was the sign of Idea coming into effect, and Seb was the first one to cross the threshold. In my memory Sifu expressed joy on the face, which made me think he was really delighted down in the heart. The following day I presented a bottle of champagne to Seb as a celebration.

Afterwards, for a relatively long period of time, Sifu kept on guiding Seb (and of course other students too) to further explore “relaxing by spine rising”. The power so generated was remarkable. Naturally, “relaxing by spine rising” had became the new method of training since then. Almost everyone just stood (in the proper stance) in the hall, where tranquility permeated every corner. The mood in the training hall had changed dramatically.

As far as I understand, this was Sifu’s thought at that time: For passing on his style of Wing Chun, the methods employed so far were not giving satisfactory results. Why not burn his boats and go back to the basics. After much pondering and self-analysing how Idea had operated in his own body to generate Idea Power, he suspected it was directly related to the rising of the spine. That is, once the spine rises up to the top of the head, Idea would then be triggered. This is really “burning his boats”: Practice in such mode, largely tranquil almost without movement, might become very boring and dry. Likely most learners would not be able to persist. If so, Sifu would have to close the training hall and retire. Nevertheless, Sifu truly thought it was worth a try.

This mode of training was further developed over a certain period of time. More and more of us stepped onto the path of “spine rising”. Results could be seen, though perhaps just in an ordinary extent. On the other hand, Seb and Nima (the twins Sifu favoured for showing demonstrations during the period) were becoming more and more powerful. However, no one could yet truly control power by purely using Idea.

Some time in 2009, Sifu discovered that Ada was particularly responsive to signals originating from his body. A mere eye contact could already make her relax her muscles. Afterwards, besides by eyesight, whenever Sifu stood next, or even behind, her, as far as they were in the range that would allow Ada to sense Sifu’s bodily state, Sifu could readily affect the state of her spirit, helping her get closer to using Idea. Apart from bodily state, Sifu could achieve the same effect by transmitting Qi into Ada’s body through contact with her using his hands or other parts of his body. Similar effects also occurred to Ah Ching later. Ada and Ah Ching became the “twin pillars” of this period. The demonstrations Sifu had attempted on them could be described as magical; they were too hard to explain.

The method of training has undergone several waves of great change, heading towards the uncovering of the core – the Idea. In general, our Wing Chun level has been rising along the waves of change. Significant improvements could be seen in all of us. Thanks to Sifu’s training method that brings us deep into the core foundation. Yet, there is always a deficiency of the ability to truly operate the body with Idea on our own. “Lacking a little something” – a sigh often let out by us – vividly reflects the mood prevalent in the period.

Until now, Sifu’s wish has not been fulfilled yet: “Hopefully there would have one successful out of a hundred!” A wish uttered by Sifu some years ago. “I guide him every day. Not just one or two days; it’s been one or two years. But he still cannot do that on his own. Actually why?” – a sigh often expressed by Sifu when he was giving demonstrations to instruct our practice (particularly for Seb and Nima).

During training, I usually stay at the back of the hall. It seems that I am not participating in the dialogues often occur in the hall. In fact, I am highly attentive to Sifu’s every gesture and move, every demonstration and explanation. This attitude goes beyond the hall – Sifu’s gestures presented in his DVD and his video footages on the internet have given me very enjoyable time. Sifu’s movements radiate a kind of charm. The movements cannot be simply described as flexible, harmonious, unified or unceasing. Rather, they are characterised by the charm which originates from a kind of beauty, the beauty that can be regarded as the beauty of art.

If Sifu is to be coined as a grandmaster of martial arts, it would be more appealing to name him an “artist of power”, who fully displays the artistic beauty of power through the Wing Chun martial art.

The pursuit of art is a lonely journey – you must explore the way all on your own; no one can be your substitute.

Sifu possesses spectacular skills, unmatched by anybody and hardly understood by most. There is an inevitable loneliness brought out by being invincible. Sifu has attempted various methods for passing on his spectacular skills but in vain. All this points to no way, the current situation that he has to bear with. Students are devoted in training and persevere despite frequent failure. Yet, we are still beyond the reach of the innermost essence. It points to no way too, the same situation we also have to bear with. As such, why do we not follow Sifu’s step, striding onto the lonely path for the pursuit of art – not knowing the destination, advancing with courage; being the only one on your own path, discovering the art alone.

Some would say: In order to truly take on Idea entirely, one has to adopt the approach of transcendental levels in Chinese philosophy, namely, letting down superfluous perseverance, keeping one’s internal state lucid and empty, or even perfecting in nothingness. Using such approach to narrate Chu-style Wing Chun (and the traditional Chinese martial arts) instills a kind of remoteness in one’s mood. Nonetheless, when recalling Sifu’s various attitudes and reactions to Wing Chun – his appreciation of Wing Chun’s power and its nature of powerlessness (“No force is really used!”); his casual mention of the highly sophisticated control by Idea (“Yeah, just think and it will work”); his persistence in the pursuit of perfect manifestation of power (“I don’t actually know whether this is already the end”); and, going beyond Wing Chun, his passion and appreciation of Chinese calligraphy – one cannot hold guessing that Sifu has not made inroads into the secrets of Wing Chun with this philosophical approach. What he has displayed is his admiration of the beauty of art, based on which he has persistently explored and eventually hammered out his own path alone.

If I am asked to choose from the two options: Sifu is a Chinese philosopher; or Sifu is an artist. I have no doubt to vote for the latter.

Perhaps, we should sharpen our artistic sensitivity. We should sense (not feel) the beauty in the power, the beauty of Wing Chun manifested by Sifu. We should embrace the mode of being subtly influenced by what we constantly sense. Perhaps, by doing so, we could open up an alternative path getting us out of the current predicament.