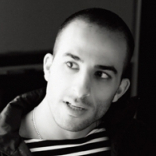 I’ve been practicing Wing Chun since 1999 and it has become much more than a hobby for me; it’s become my way of life and I owe that to my Sigung (Grandmaster) Chu Shong Tin and his school in Hong Kong.

When I first met my Sigung in 2004, I was absolutely blown away by the amount of power he could effortlessly generate. Therefore in 2005 I decided to move to Hong Kong to practice directly under him and thanks to this decision (and a bit of hard work), since then I have rid myself of bad posture, live a pain-free and stressfree life, formed Pangea (along with my closest friends) which is now one of the biggest Wing Chun schools in Hong Kong, and met my beloved wife.

Sigung Chu’s method of Wing Chun is by far the most profound sport or activity I’ve ever come across yet he teaches it in the simplest way. Looking back at when I first arrived in Hong Kong in 2005, I remember thinking that the “Hong Kong Kung Fu Training” would involve lots of sparring and hard-core fighting techniques with the backing of very complex and esoteric theories; on the contrary, this particular style of Wing Chun is very simply based on the fact that once one can actively relax one’s muscular and skeletal systems one will be able to reach the highest level in Kung Fu which Sigung Chu describes as “Nim Lik” (the power of a highly focused Mind).

So instead of practicing fast sparring techniques, we were asked at first to stand in one spot with a relaxed though erect spinal alignment, relax the muscles completely and perform very slow movements mindfully (meaning the first empty hand form-set of Wing Chun called Siu Nim Tau). Simply stated, this type of Wing Chun gives one the ability to utilise the body in the most efficient way possible. It’s difficult for me to explain how (refer to Grandmaster Chu’s first book for a detailed explanation) and surely difficult for readers to believe that through this simple method of practice, I can now effortlessly generate a large amount of force, more than people twice my size, and my speed and reflexes have improved dramatically.

Furthermore and perhaps more importantly my physical, mental and emotional health has improved noticeably and I’m genuinely enjoying every moment of life; mind you, this was all in the midst of going through a family tragedy five years ago in which I lost my father and 13 year old sister in a horrific way. People still ask me how I overcame the tragedy seemingly easily, and I always put it down to the self development and better understanding of mind operation that I gained through practising Wing Chun.

Chu Shong Tin is a simple and humble man and a positive role model for all his students. Even at the age of 79, he constantly wears a warm smile on his face and is one of the happiest people that I know. During the past years of intimate training with him (at times up to 30 hours per week) I’ve never heard him say a bad word about anyone.

He is a kind and welcoming man. In the first few months of living in Hong Kong I suffered from a sudden hernia in my lower abdomen that was very painful and which I later had to have surgically amended. I remember asking for Sigung’s advice on what to do in the early stages of the hernia and he advised me to see the doctor. The next day which I remember was raining very heavily, when I arrived at training, Sigung handed me a hernia belt which he had bought for me that day with his wife and he did not accept any payment for it. I was speechless with gratitude. There stood a 70+ year old Kung Fu Grandmaster who, knowing that I was new to Hong Kong, out of his pure kindness had gone out in the pouring rain and bought me a hernia belt for my comfort. This is the kind of teacher that Chu Shong Tin is.

Due to this loving personality, Sigung Chu is surrounded by kind students that make his school a great place to train at. I have been lucky enough to obtain a close relationship with some of his students and even though there are major cultural differences and language barriers, I see Sigung and many of his students as my family.

I truly feel that Sigung has given me a gift that is the “internal art” of Wing Chun and I feel the only way of repaying him is by passing down this gift to as many people as I can.