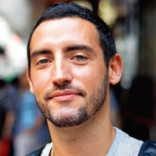 The first time I met Sigung Chu Shong Tin was at a seminar he conducted at Sifu Jim Fung’s Wing Chun Academy in Sydney, Australia in 2005. After having trained in the system for roughly five years at the time, I had heard many things about our Grandmaster. The skill that he was said to possess and the amount of power he was said to produce in his movements were unbelievable for a man of his age and size. During the seminar his display of seemingly effortless force generation was incredible. To finally feel for myself and experience what he was doing blew me away. After that seminar I knew what I had to do, that was to go to Hong Kong and study directly under him! Not knowing what to expect, I planned my trip and moved to Hong Kong in 2006.

Sigung Chu Shong Tin’s Wing Chun is undoubtedly the most superior system of movement that can be applied to any activity, sport or combat that I have ever come across. Having explored martial arts for 13 years prior to coming into contact with Sigung Chu, no training I had done was anywhere close to the practice that I engaged in with Grandmaster Chu. The practice involved standing in one spot for hours on end, performing very slow and mindful movements, using the mind to maintain the spine erect and actively relax the muscular and skeletal systems which set the conditions necessary to reach the highest level of Wing Chun. Sigung Chu describes this level as “Nim Lik’’, the power of a highly concentrated mind. This was achieved through the practice of the first form, Siu Nim Tau.

Becoming proficient at using this method of movement enhanced many physical and mental capabilities. Physically – speed, timing and reflexes have dramatically increased and the ability of bringing the body to deep levels of relaxation at will has been sharply experienced. The power I began to experience by being able to relax, unify the mind/body and utilise body mass efficiently to support movement permitted me to overcome much bigger and heavier forces. The spine began to open up. The misalignment and discomfort that I carried around for many years began to correct itself, allowing me to live a more pain- and stress-free life.

Mentally – the ability to concentrate and focus the mind on any given task has greatly increased. This practice has opened up the awareness of the enormous potential our minds possess. The mind becomes more sensitive to the conditions experienced within one’s physical structure and the interaction between the mind/body phenomena. The sharpness and clarity I experience, with an overall sense of relaxation has proven to assist me in staying calm and balanced in challenging situations. When I reflect back on the space I was in before studying with Sigung, I clearly see how my overall state of mental and emotional well-being has transformed. The characteristics I have cultivated since training with Sigung have truly permitted me to enjoy a much more satisfying and enhanced quality of life.

Sigung Chu Shong Tin displays many wholesome and admirable qualities. He is welcoming and his infectious, warm smile has always made me feel at home. I remember the first week at training and having just found an apartment to rent. I had purchased a very thin fold out mattress to lay on the floor but had no bedding. Sipo (Sigung’s wife) and Sigung came to know this. Before I left practice that night, they provided me with some sheets and a comforter to keep me warm. I was touched by this kind gesture.

The dedication and tireless commitment to passing on his art is truly commendable. Since I began my study with him seven years ago, Sigung has never taken a day off due to sickness or any health issues, spending more than six hours a day, five days a week on his feet – passionately teaching all who were there putting in the time. A true grandmaster of the art. He was asked once, “What would you do if you were having a bad day or you just felt sick and didn’t feel like training?”; his reply, “What bad day? If I could stand up, I would train!” To me, that has served as an inspiration in my life.

I feel very fortunate having the opportunity to study under such a phenomenal teacher and practitioner. The qualities Sigung possesses are truly hard to come by. He has passed on to me what I feel is an invaluable gem.